The four best cities to visit in Canada…

Toronto has the largest population in Canada with over 5.6 million people. It is without a doubt one of the most popular cities in Canada for tourists to visit. And we can understand why! It offers a diverse culture, various entertainment venues, buzzing nightlife and top-quality cuisine throughout the city. It offers some of the top tourist’s attractions in Canada. Including CN Tower, Royal Ontario Museum, Casa Loma, Art Gallery of Ontario, Toronto Islands, High Park, St Lawrence Market. And so many more! So it’s no surprise that it attracts more visitors each year

Montreal is the largest city in the Quebec province and it has the second largest population in Canada with over 1.78 million people. This city is well-known for its energetic and crazy nightlife scene. In fact, this city has even earned itself the nickname ”sin city”… we’ll let you guess as to why. But as well as the bustling nightlife scene, there is also a lot of top sites to see. Such as Mount Royal, Notre-Dame Basilica of Montreal, Botanical Garden, The Montreal of Fine Arts, La Ronde, Vieux-Port de Montreal and Olympic Stadium. And many more! It’s also North Americas number one host city for international events. It’s host famous events such as Cirque de Soleil and the Summer Olympics in 1976.

Vancouver (see top picture) is located in Western Canada and has the biggest population in the British Columbia province. Anyone who’s visited Vancouver before will tell you how beautiful it is. This city offers a beautiful mixture of nature with modern attractions. There is without a doubt something for everyone in this city. Whether you’re looking for great outdoor walks along the pacific coast or to hit a bustling street full of the best nightclubs in Vancouver. There is many incredible top sites to see. Including Stanley Park, Capilano Suspension Bridge Park, Granville Island, Grouse Mountain, Vancouver Aquarium, Queen Elizabeth Park, Canada Place. And much more!

Halifax is home to the largest and deepest ice-free natural harbours in the world. Therefore this city is extremely important to Canadians. In fact, the seafaring history still hugely impact the city life in Halifax. Many of the attractions in Halifax are in some way related to life at sea. You’ll find maritime music, maritime museums and much more. There are so many popular attractions to see. Including Citadel National Historic Site, Maritime Museum of the Atlantic, Halifax Public Gardens, Point Pleasant Park, Art Gallery of Nova Scotia. And many more!

Best Cities to Visit in Canada 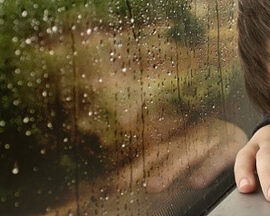 Bored On a Long Train Journey? 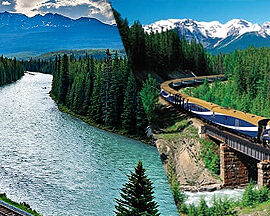 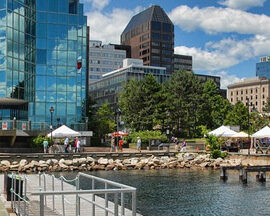 The Best Train Trips in Canada